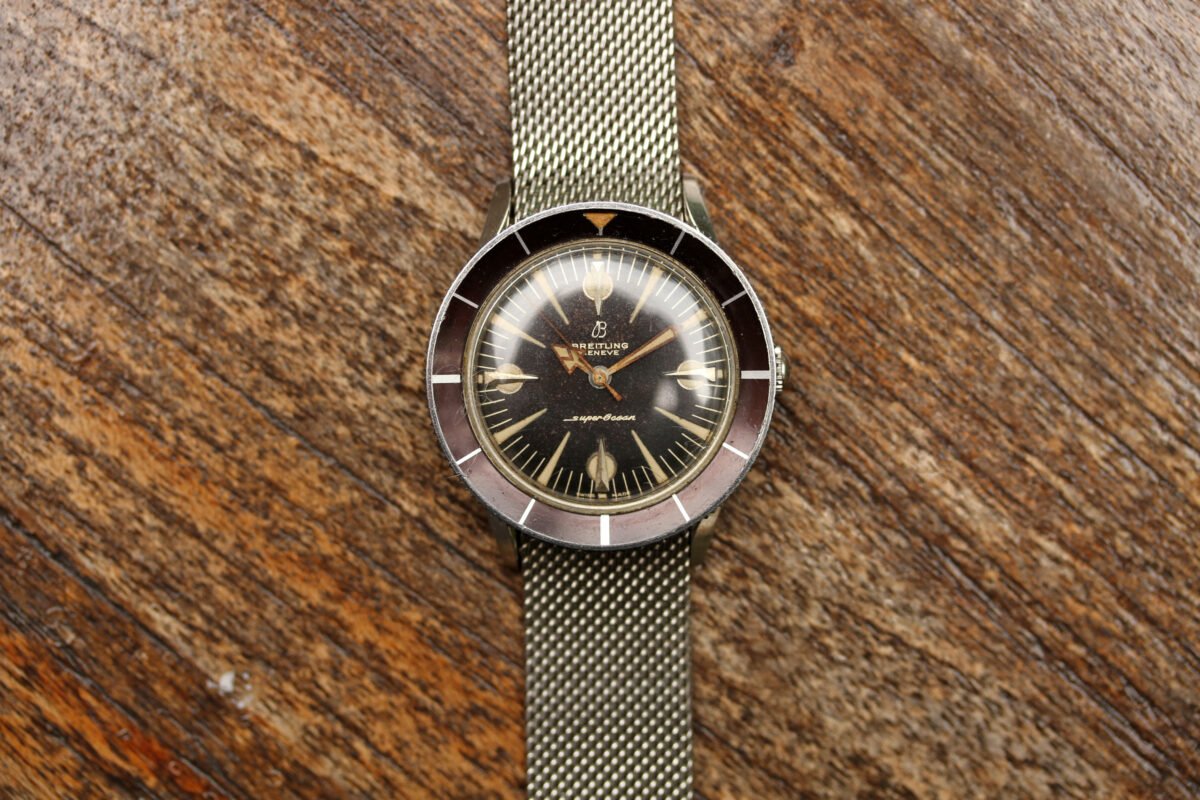 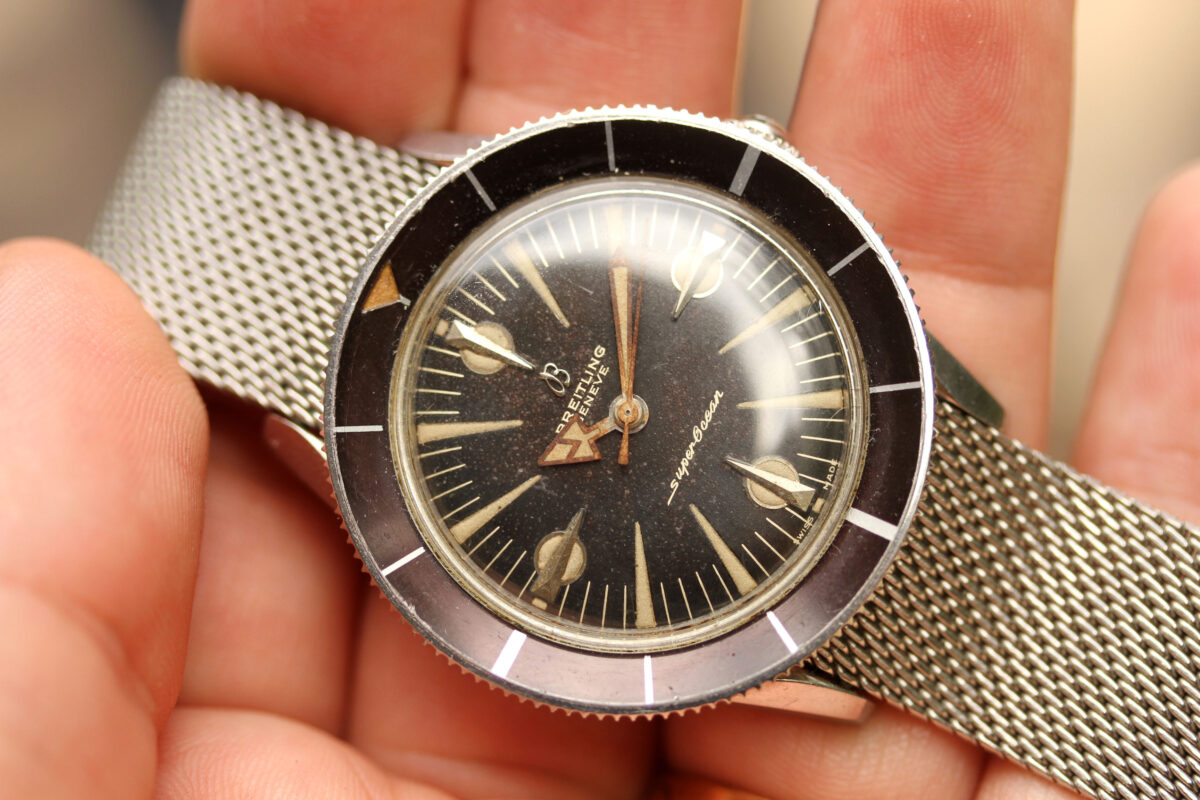 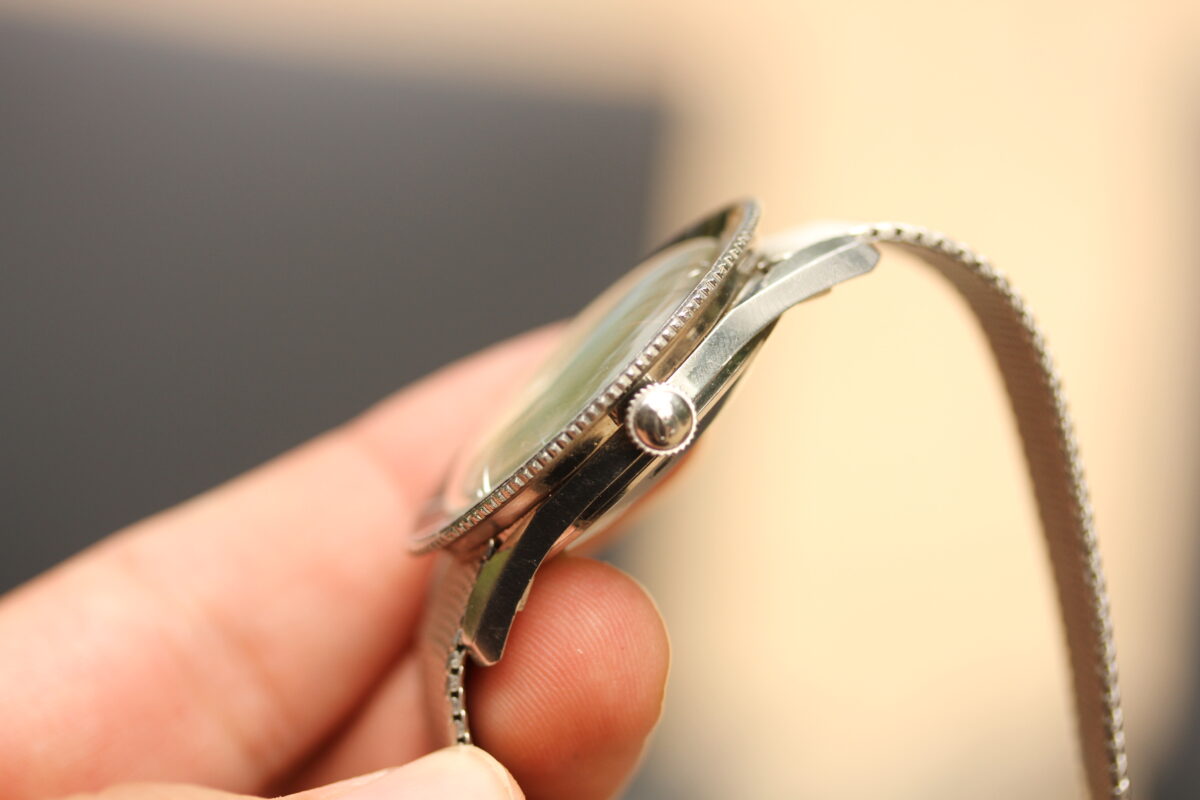 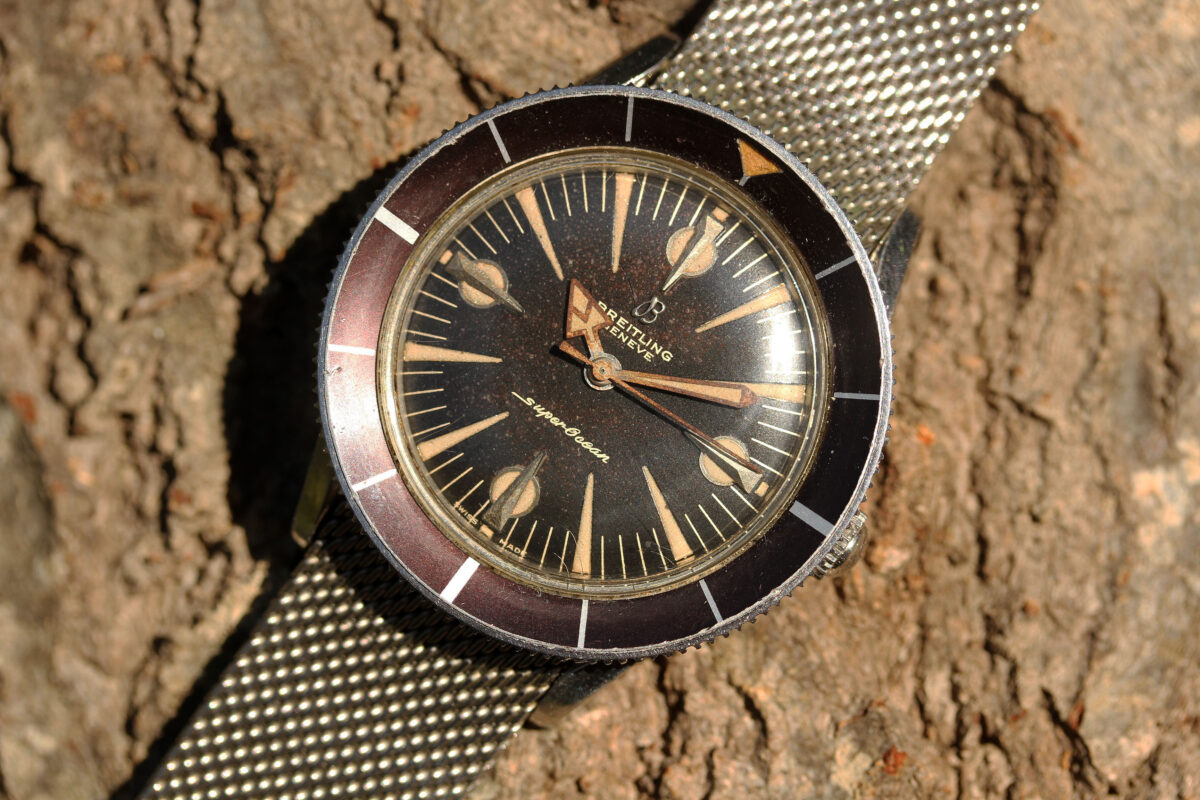 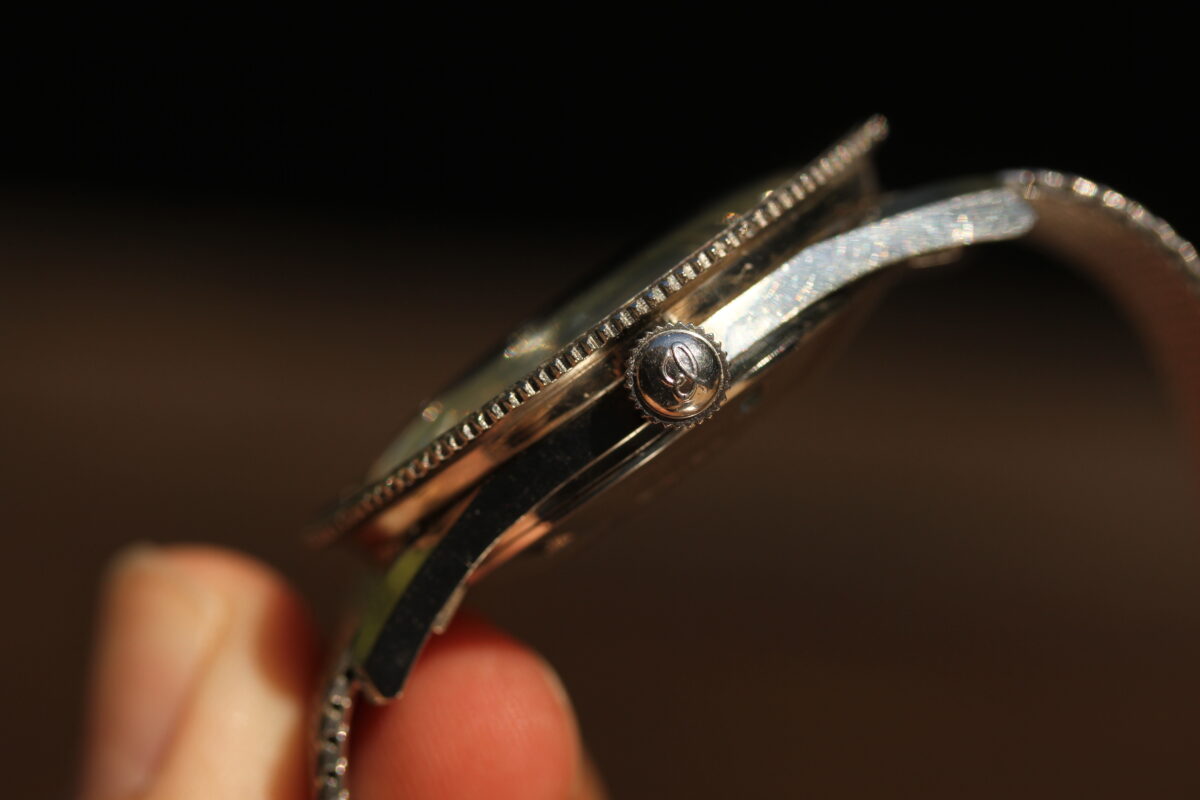 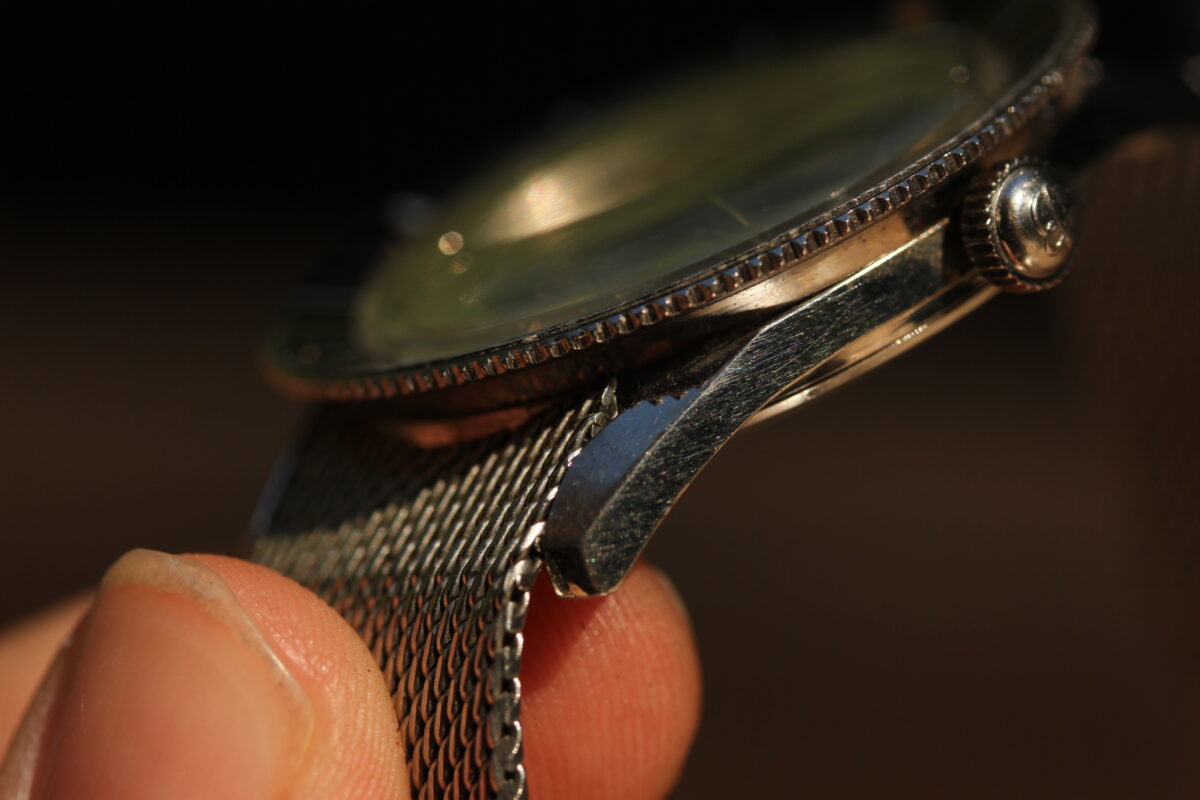 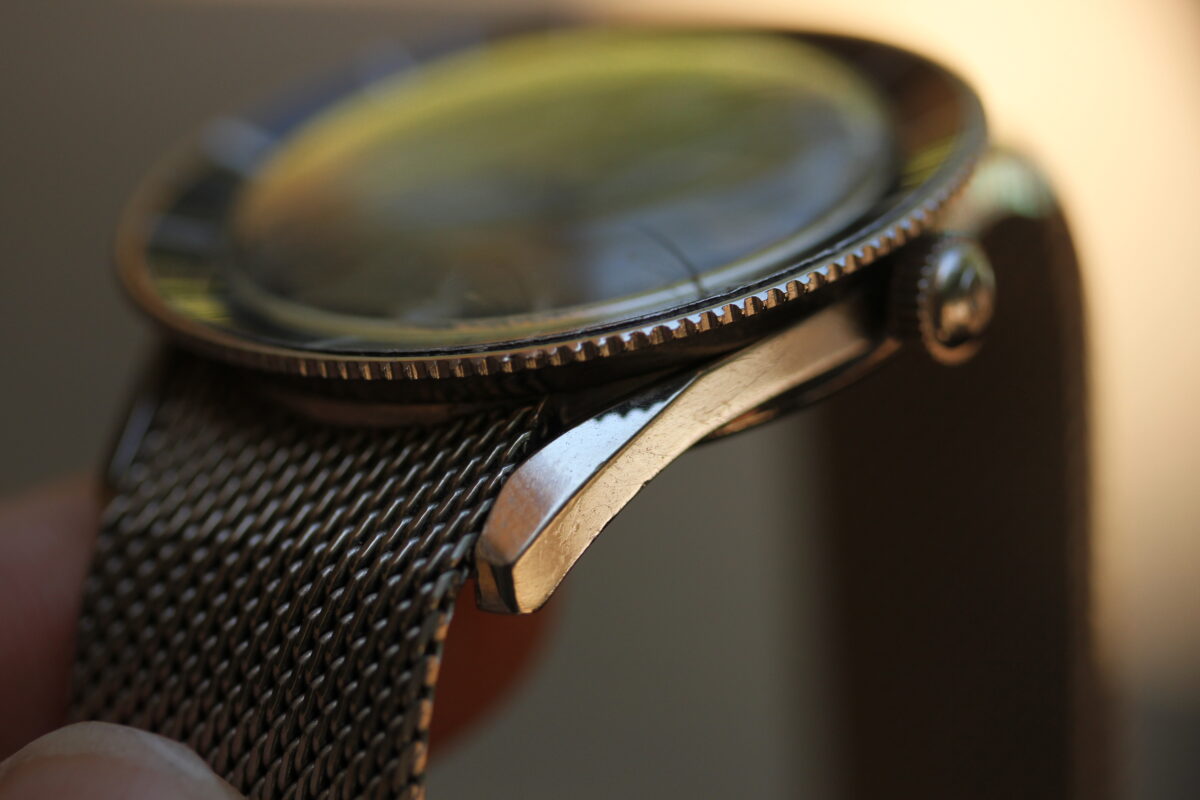 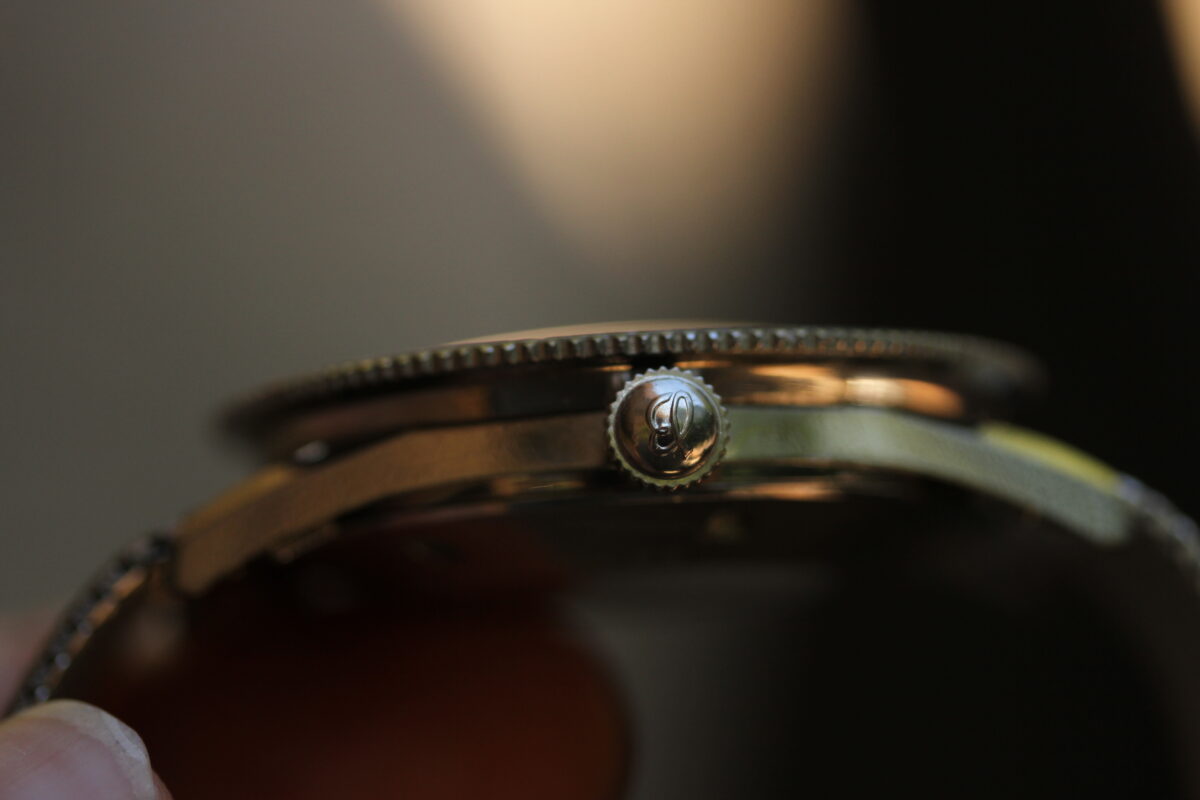 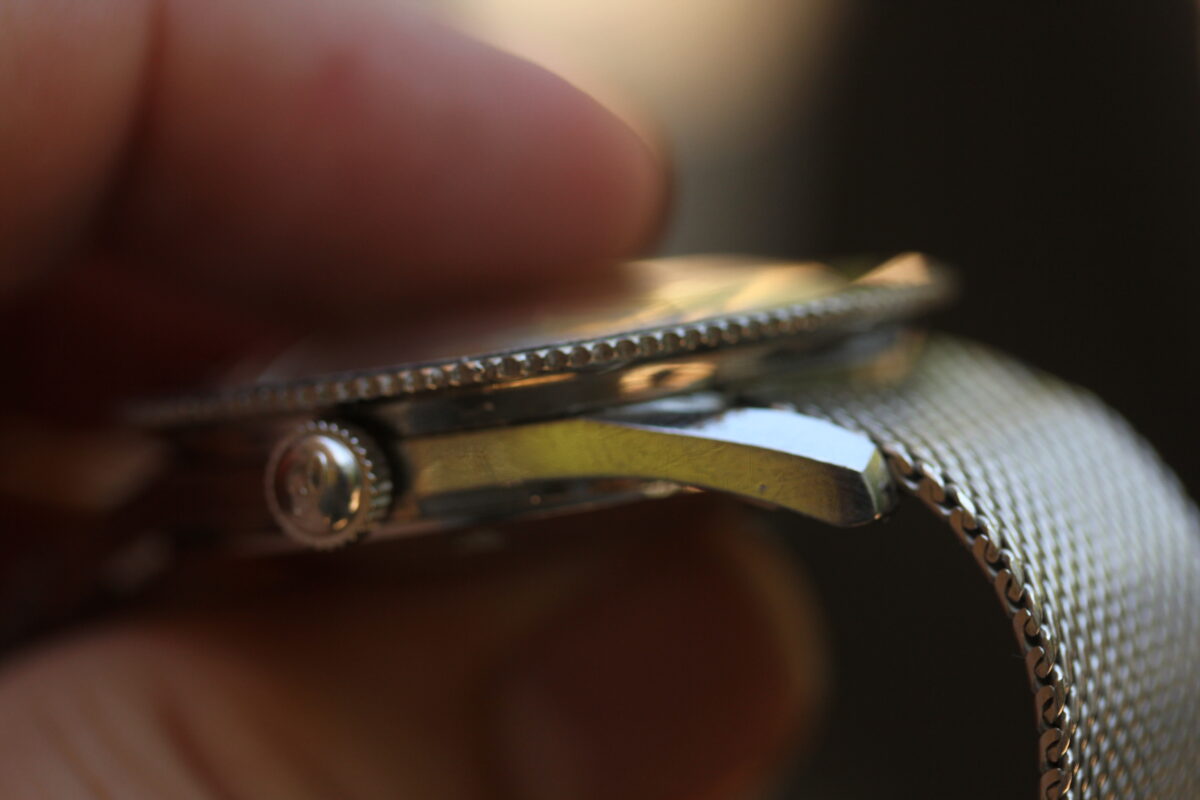 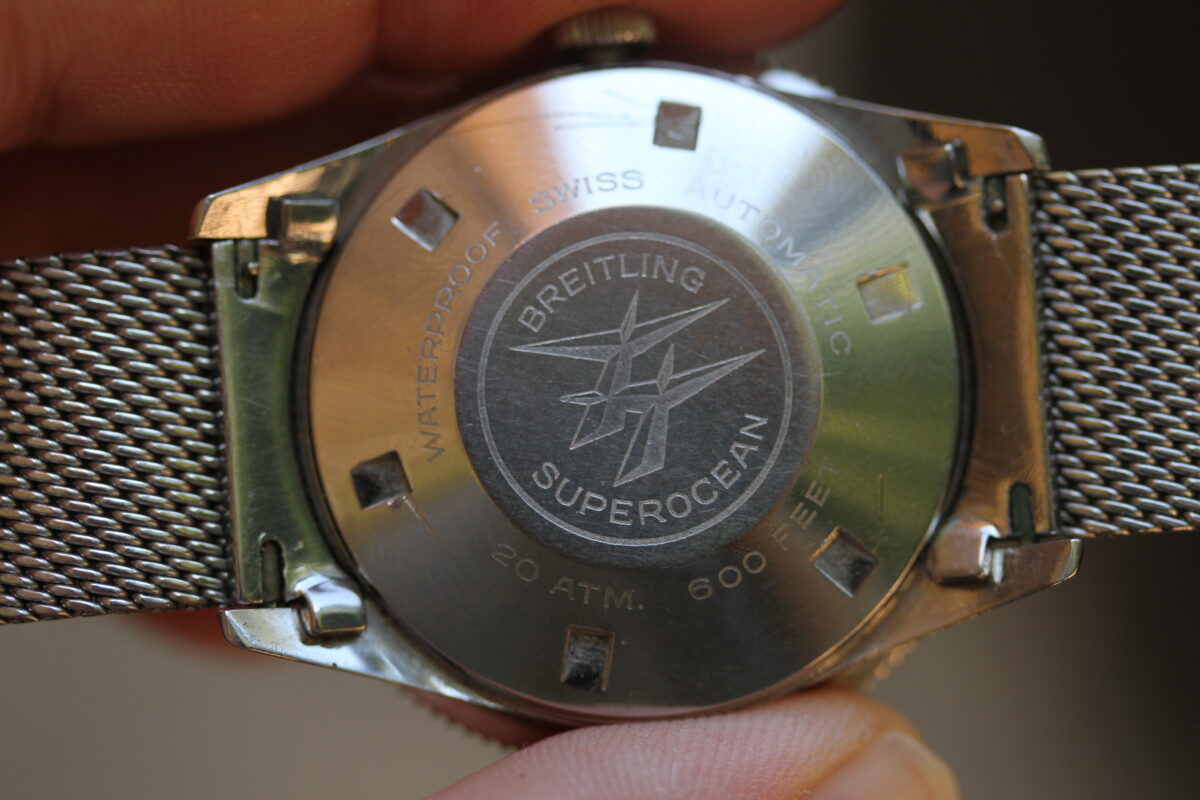 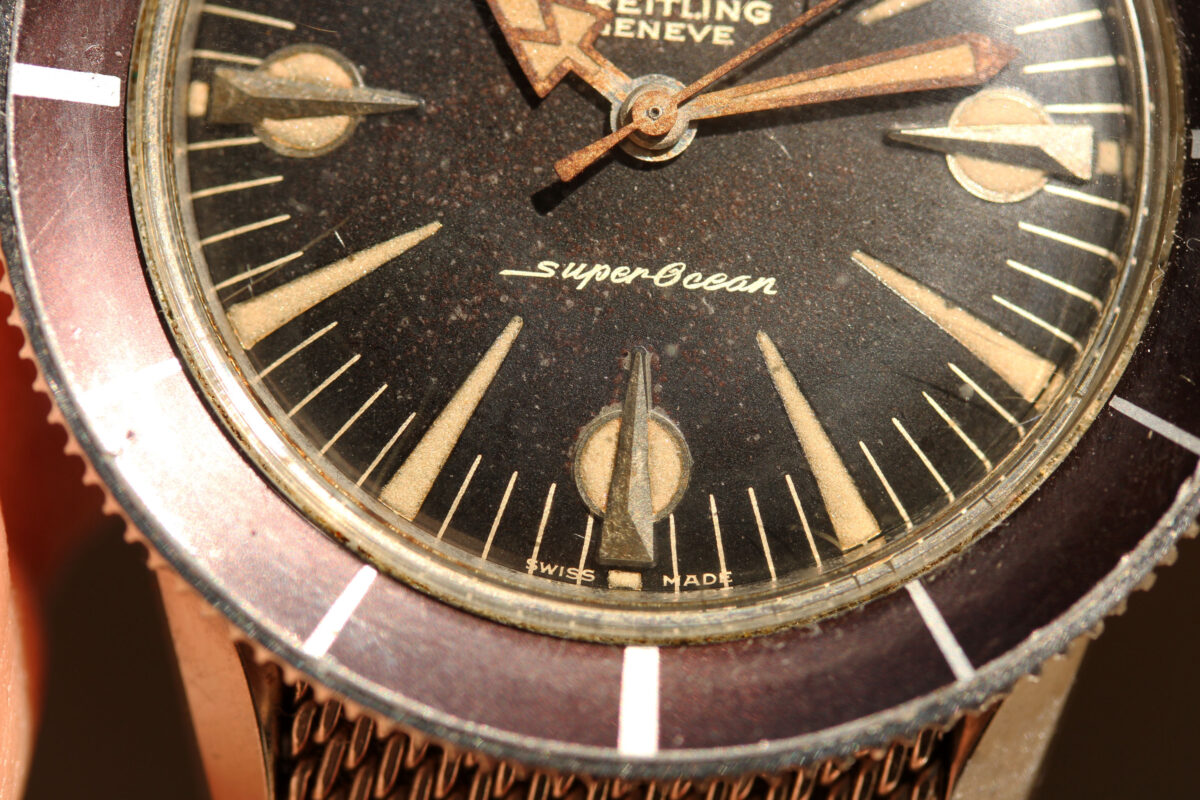 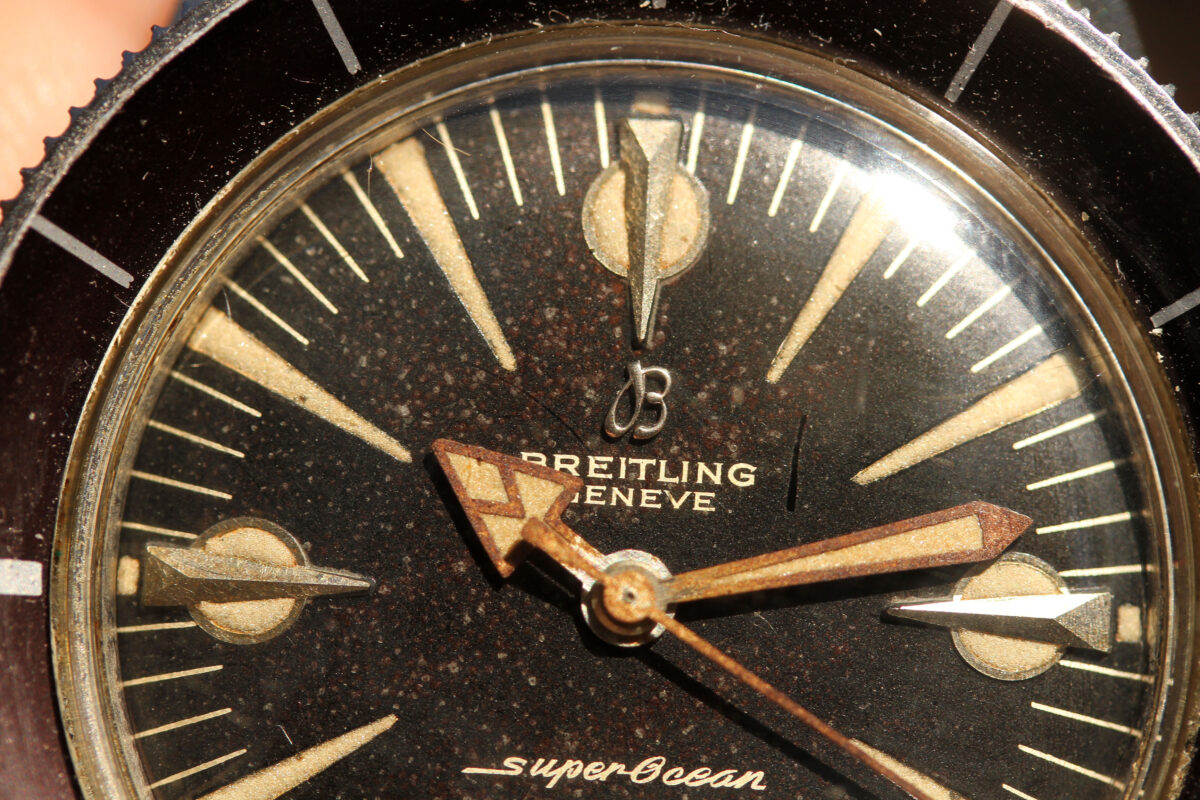 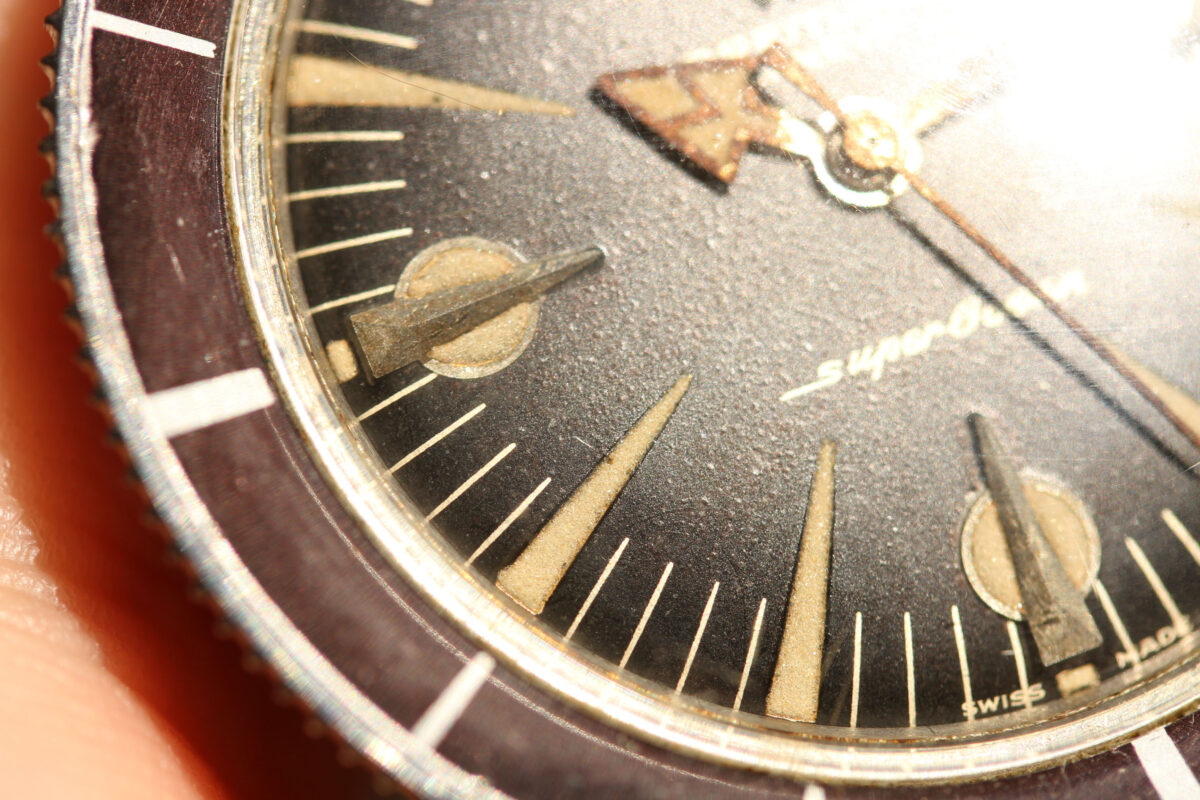 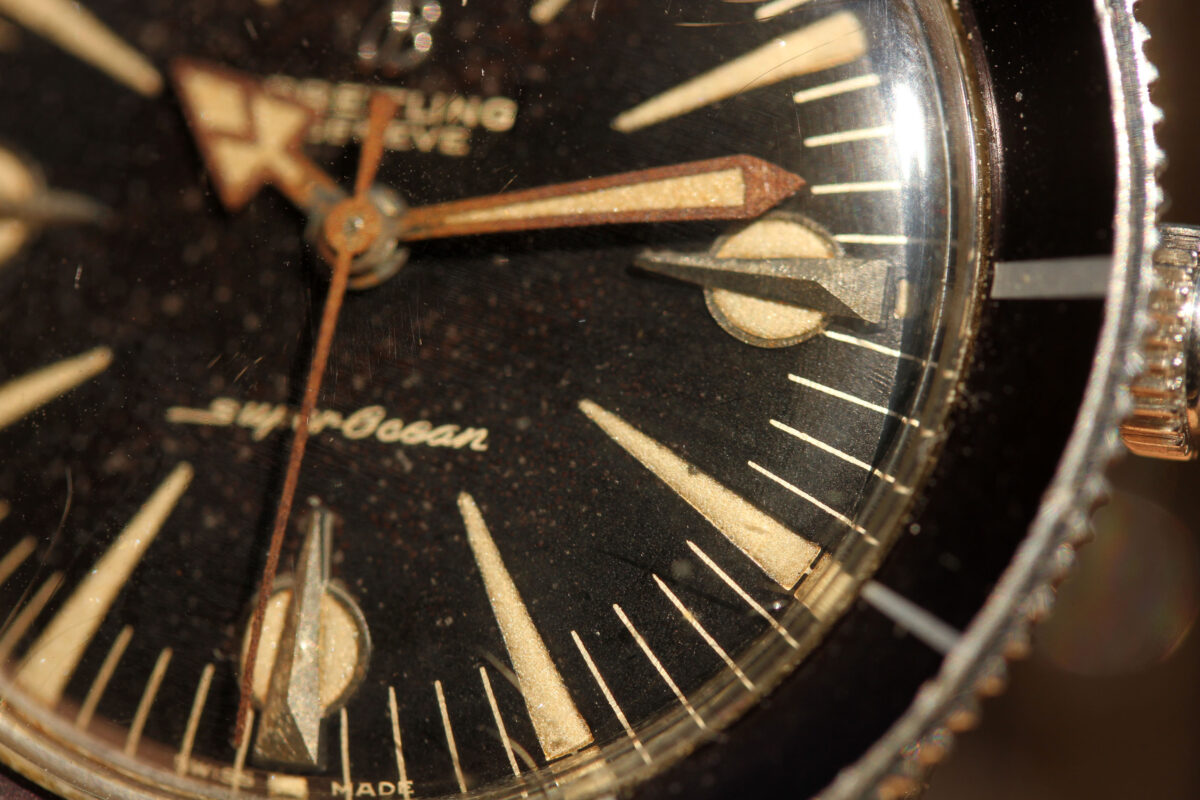 PLEASE NOTE! If you are using PayPal/Credit Card as a form of payment, we cannot refund the processing fee of 3% if you decide to return the watch. New PayPal policy states that they will no longer refund the fee they take from us even if the watch is returned and transaction is reversed. Again, if you pay by PayPal or Credit Card (which is processed by PayPal) and decide to return the watch, you will be getting a refund in amount 3% less than what you originally pay.
Categories: Featured, Paypal Disabled, Rolex, Vintage
Browse

Up for grabs is a Breitling SuperOcean

These watches were Breitling’s first attempt at a dive watch in the late 1950’s in order to compete with Submariner and Blancpain dive watches of the era. They were only made for about 3-4 years in small quantities and never really caught on, probably because or a rather “radical” design of the concave bezel and dial markers. Throughout my career as a full time watch dealer, this is only the second example I have ever found.

This example is one of the very best I have ever seen even in pictures. The bezel on these is usually either missing, heavily damaged, or missing the lumed triangle. The bezel on this example shows very few scratches, no corrosion and even more impressive a tropical brown color with a purple hue in person. The luminous triangle is radium and is intact.

The dials on these are usually also heavily worn down with lume either missing, damaged, or moisture damaged. The lume on this example is fully intact, highly active under Geiger and have tropical color change. The hands are also fully original with all of their lume intact. The aging you see on metal parts of the hands is radium burn, it was not caused by moisture. The gilt print is still very crisp and clearly seen.

This example also has its original Breitling signed crown.

Caseback outer engraving remains very crisp. Most of these you see have the engraving polished or worn down from here. The inside is stamped with serial number, 9085XX, which puts the production at 1959.

The mesh bracelet is correct and believed to be original this watch. Breitling did not sign the clasp on these during this time, but it is the correct shape and form.

There are no accessories which came with this watch. It comes out of a collection in Northeast where it has been for at least 20 years, mostly just sitting in the vault. No further information about ownership history is known, unfortunately, but the watch is fresh-to-open market with nothing added, removed, or swapped out. 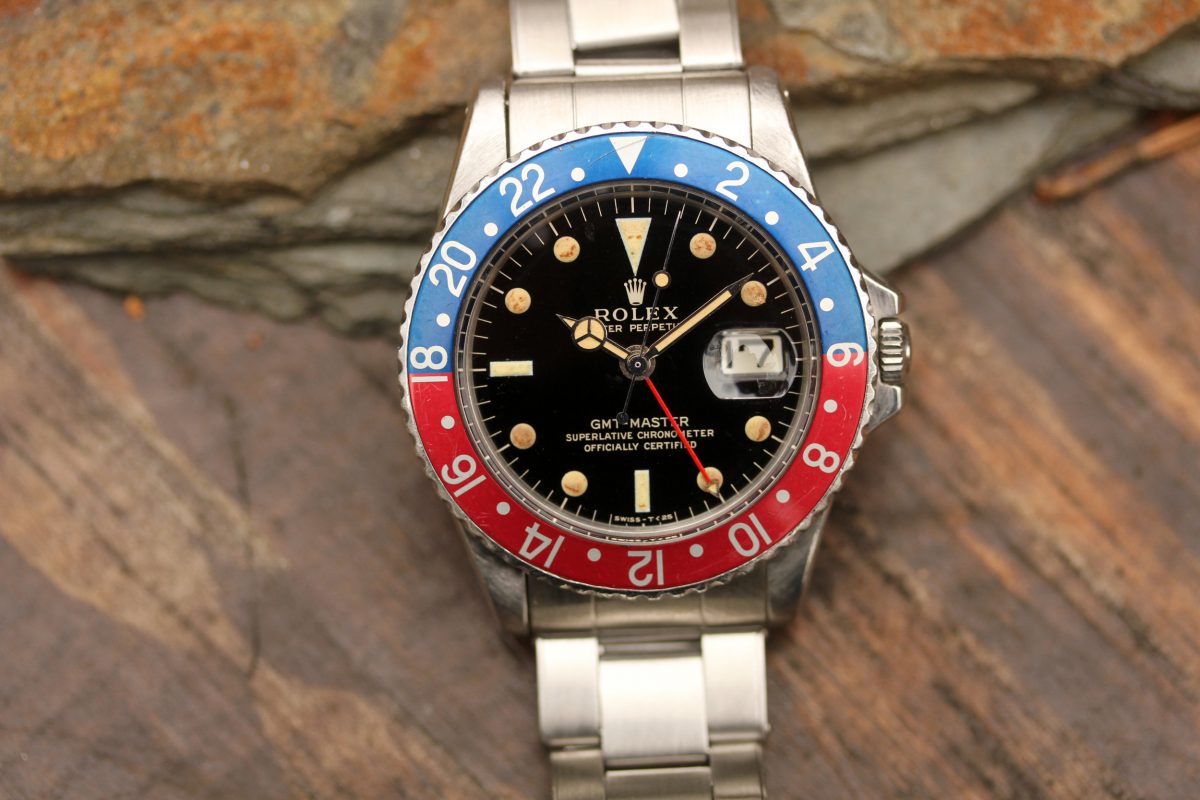 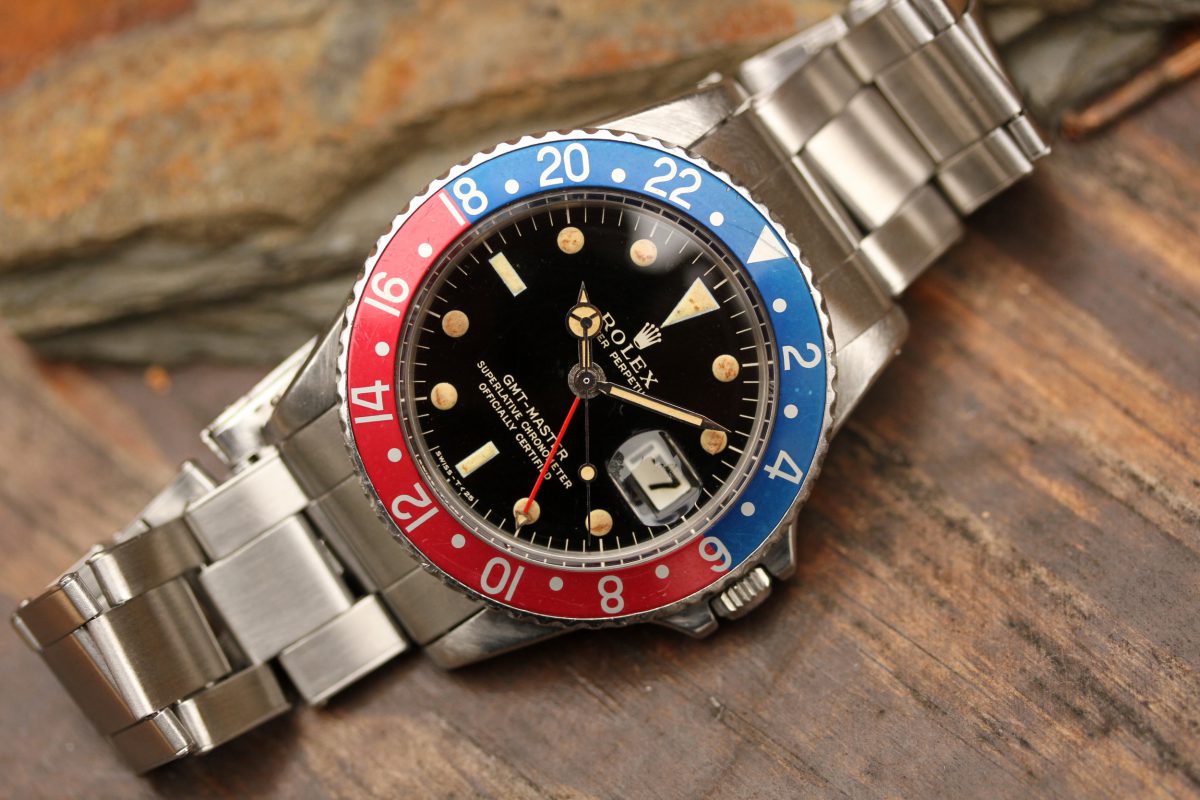 Have a question? Live Chat
Add to cart